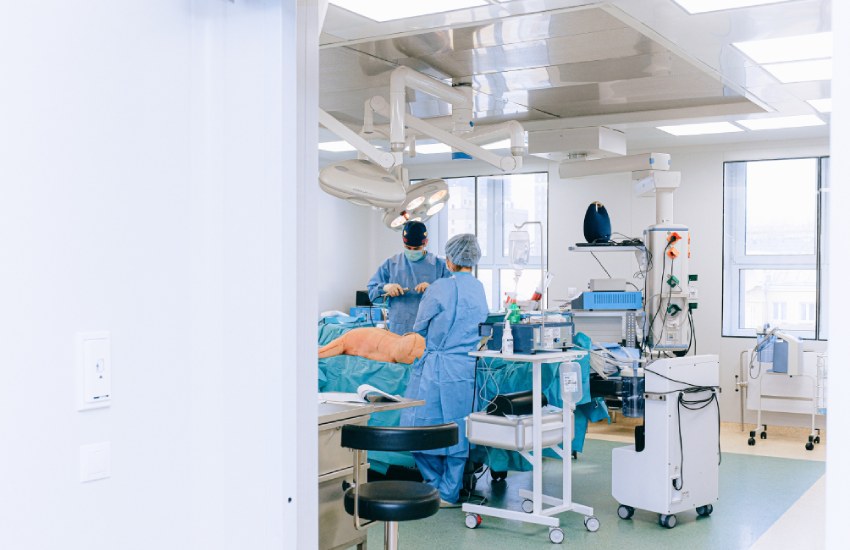 In the early 2000, traditional technique for abdominal operation has been challenged with introduction ofnew minimally invasive method, known as laparoscopy. Many of the gastrointestinal operationsshifted from open operation to laparoscopic operation, due to clear benefits such as decreased postoperative complications, lower blood loss, less pain, less narcotic requirement, shorter recovery, earlier return to work, and significantly decreased hernia rate and wound problems. Additionally, the cosmetic outcome is much preferable due to the small incisions. Younger surgeons were taught this technique during their residency and fellowship training, while older surgeons were trying to learn through informal proctoring. In the ensuing years,many older surgeons were pushed towards retirementdue to their inability to adopt the new technique.

Ten years later, even more modern technique of minimally invasive surgery called to robotic surgery came into play. This is essentially computer-assisted laparoscopic surgery which overcomes the limitation of conventional laparoscopic surgery. In the laparoscopic surgery, straight rigid instrumentsare used without the ability to bend or making curves. Articulation is missing in the laparoscopic instruments. Suturing is difficult and often imperfect, leading to postoperative bleeding or leak. With the use of robotic system, the difficulty with articulation, suturing, reaching deep area, and unstable platform are all resolved. Thebenefits of robotic surgery are clear in the hands of expert robotic surgeon. In the field of liver cancer or liver tumor treatment, the benefits of robotic surgery are even more pronounced. The large upper abdominal incision is no longer necessary. The operation can be done with less blood loss, much higher precision, reduce postoperative complications, shorter recovery and significantly less wound-related issues such as hernia and skin infection. The imperfections of laparoscopic surgery in suturing liver vessels and performing other delicate dissectionaround the bile ducts are no longer a concern. 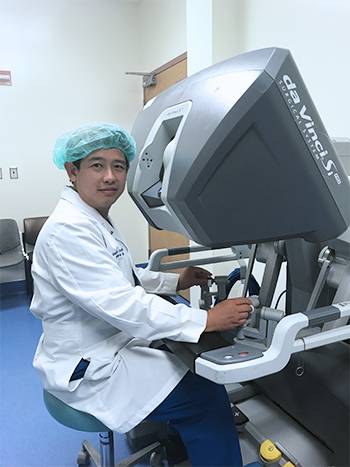 Many patients ask “How does robotic surgery work?” This is a very important question since many patients assume that the robot is the one performing the operation, therefore a surgeon is no longer needed in the operating room. This is a big misconception. The truth is,the surgeon is controlling the robot in order to perform the operation. Robotic system is a complex tool which is operated by a surgeon, in order to execute the surgical steps within the operation. In complex operations such as liver surgery, bile duct resection, gallbladder cancer resection, and biliary reconstructions, the impact of robotic surgery is tremendous. The patients can now experience the benefits of minimally invasive operation due to this technology. Those operations were used to be all done through an open incision until recently. Dr. Sucandy is a pioneer of robotic surgery and he has performed almost 400 robotic liver resections in the U.S. He is one of the most experienced robotic surgeon to date. When it comes to your health, it is very important to utilize the most modern technology, executed by the most experienced surgeon in that field. Dr. Sucandy has proctored many younger surgeons to do robotic surgery in general and also specifically robotic liver surgery and robotic bile duct surgery.