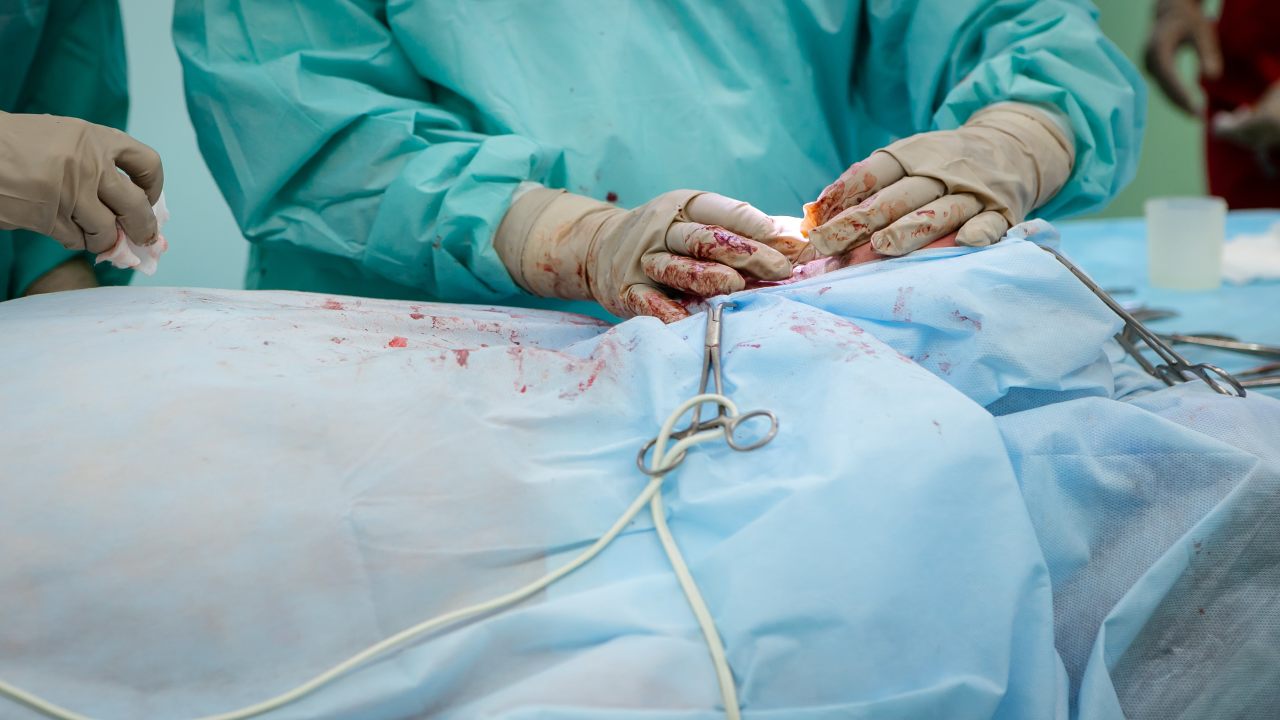 Morbid obesity is a serious health condition from excess body weight, more commonly seen in the Western population, including the United States.  According to the Center for Disease Control, 78 millions of Americans are obese.  Obesity is associated with 50-100% increased risk of premature death when compared to normal weight individuals.  Obesity is associated with obstructive sleep apnea, type 2 diabetes mellitus, hypertension, gallstones, infertility, fatty liver disease, nonalcoholic steatohepatitis (NASH), coronary artery disease, and many others.  Liver specialist or liver doctor is commonly involved in the treatment of morbidly obese patients.  Surgical weight loss including laparoscopic gastric bypass is a surgical solution commonly performed for patients who have failed medical treatment, such as diet and exercise program.  Gastric bypass operation is an effective weight loss solution with significant reproducible weight reduction within a short period time.  Gastric bypass is also an effective operation to reverse the type 2 diabetes mellitus, leading to a significant benefit for patients with poorly-controlled blood sugar level despite using insulin.

Rapid weight loss is however, associated with development of gallstones within the gallbladder.  Therefore, post-bariatric surgery patients are at an increased risk of developing biliary complications such as acute cholecystitis, chronic cholecystitis, and migration of gallstones into the common bile duct (also known as choledocholithiasis).  When gallstones are found within the common bile duct, symptoms of biliary obstruction and jaundice can occur when the bile duct becomes obstructed by stone.  Pancreatitis can also occur when the pancreatic duct becomes obstructed by stone (this is called biliary pancreatitis).  This situation is commonly managed by an interventional endoscopist with ERCP (an endoscopic procedure to insert a camera into the mouth to reach the bile duct in order to remove the obstructing stones). However, during the laparoscopic gastric bypass, an intestinal rearrangement is made as a part of the operation to achieve malabsorption.  The larger part of the stomach and the duodenum are bypassed.  As a result, the ERCP is not technically feasible (at least extremely difficult) to do after a gastric bypass.

Due to the inability to remove the stones from the common bile duct (ERCP not feasible), many of these patients are subsequently referred to a tertiary hepatobiliary center or to a liver specialist for further management.  In this circumstance, a direct surgical exploration to remove the stones from the common bile duct is necessary.  Traditionally this procedure is done via an open bile duct operation.  With the development of minimally invasive bile duct surgery techniques, this operation can be done with the robotic system by an experienced liver surgeon or bile duct surgeon.  In Tampa Bay Area, Dr. Iswanto Sucandy and his colleagues perform this operation routinely via 5 small incisions.  Dr. Iswanto Sucandy had been invited to present the technique of robotic common bile duct exploration to remove the bile duct stones followed by biliary reconstruction at the Americas Hepatopancreatobiliary Surgery Association in Miami in 2018.  Since then, our liver surgery center has successfully completed this operation in many patients.  A short hospital stay with minimal postoperative complications is expected.  Cholecystectomy to remove the gallbladder is also performed at the same time of the bile duct operation to avoid recurrent problem in the future.  Chronic cholecystitis or biliary dyskinesia which are sometimes associated with this finding is also definitively treated.  It is very important to locate an experienced liver surgeon with minimally invasive surgery expertise to achieve the best outcomes.  Our Tampa liver surgeon serves patients with this condition from the Tampa Bay Area and beyond.  We are also actively involved in teaching other surgeons regionally and nationally.