Metastatic Breast Cancer to the Liver 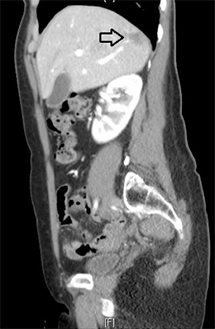 Metastatic breast cancer to the liver can be treated with good long-term outcome using minimally invasive robotic liver resection or microwave ablation. A careful patient selection and discussion at a multidisciplinary tumor board/conference are keys for success.

Medical oncologists have historically been very hesitant to refer patients with liver metastasis for consideration of liver resection due to poor reported outcome in earlier series from 1980s. Liver resection in the past was also associated with higher complications due to limited understanding of liver anatomy, poor surgical instrumentation/surgical techniques, and suboptimal postoperative care. With improvement in technology and knowledge over time, liver resection is now part of treatment strategy for selected group of patients, especially for those with liver dominant/only metastasis.

Increasing data on liver resection for metastatic breast cancer have shown improved long-term survival in many patients especially when it is use in conjunction with systemic chemotherapy and hormonal therapy. The median overall survival is as high as 40 months, and a 5 year survival rate is 40 present (with the range of 21-80%).

It is important to see an experienced liver surgeon or liver specialist in your area to discuss the best treatment strategy for metastatic breast cancer to the liver. Liver biopsy is sometimes necessary for a histological confirmation, prior to starting the cancer treatment. A comprehensive liver cancer program produces the best treatment outcomes.