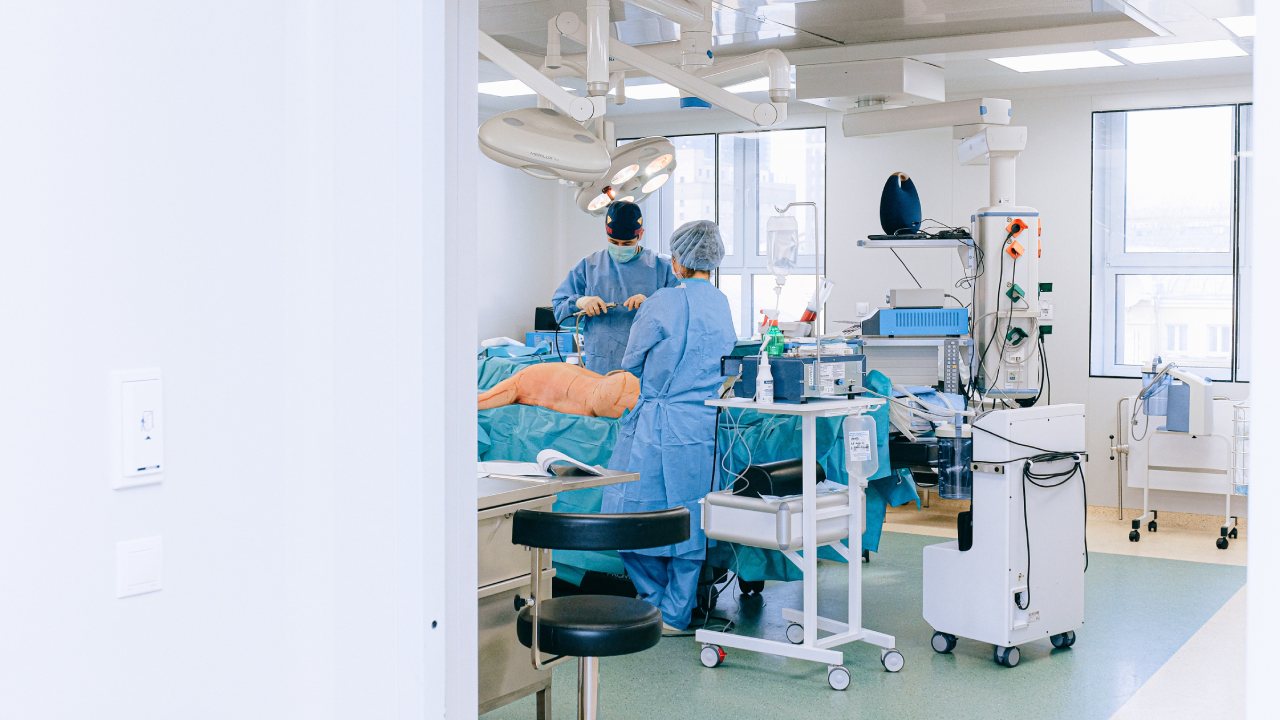 New technology in modern liver surgery is developing rapidly.  At the beginning of liver surgery era in 1980s, the surgical instruments used in operating room to do liver resections are very simple, such as suture materials, Kelly clamps, and electrocautery.  With these basic instruments, the reported intraoperative blood loss during a major liver resection was significant (sometime measured in liters) and the operative duration was long.  Blood product transfusion was often necessary during the operation to overcome the ongoing bleeding.  We now learn that giving blood transfusion is harmful for the patient’s immune system and it is associated with shorter/poorer overall survival in patients with liver cancers.  Liver surgery at that time was considered too risky to undertake in many patients.  Consequently, patients with large liver tumors are sent to hospice or to end of life facilities.  Curative option such as liver resection was only limitedly offered to young and healthy patients.

As the technology in surgery develops, different types of surgical instrument that can seal and divide liver parenchyma came into clinical application.  It is common for a patient to ask their liver surgeon about how to control bleeding during liver surgery. Now, several companies are making the energy devices to accomplish bloodless liver resection with competitive gadgets and price.  The energy device can cut and seal the liver surface at once.  With this mechanism, bleeding from the liver edges can be minimized.  This incredible invention has transformed liver resection from a very bloody operation to a bloodless one.

Imaging technology such as liver ultrasound is also being perfected quite rapidly.  In the hands of every liver surgeon, ultrasound equipment is a basic component to do a safe liver surgery.  Liver surgeon is the best liver ultrasonographist.  Many liver tumors not evident on preoperative CT scan or MRI, are in fact found easily using a liver ultrasound device.  Liver ultrasound is used to guide a liver tumor ablation and liver parenchymal transection.  An accurate use of liver ultrasound increases the quality and elevates the outcomes of every liver operation. Higher quality images are being produced by modern ultrasound machines with millimeter accuracy.  The ultrasound technology is also now paired with a navigating system to target deeply located liver tumor(s).  This is especially important  to guide placement of an ablation needle with high precision and confidence.  With this improved technology, tumor recurrence due to incomplete ablation or resection can be minimized or even eliminated.

Dissecting tools used to transect the liver parenchyma are also designed to increase accuracy and efficiency for the operating surgeon.  Ultrasonic dissector has been perfected to include electrocautery within the same applicator tip.  It is now much easier to expose major intrahepatic vessels during a major liver resection using the modern ultrasonic dissector.  Once the major vascular trunk is isolated, a vascular stapler can be applied to safely and easily transect the vessels.  Prior to the use of vascular stapler, all major intrahepatic vessels had to be manually ligated with sutures and divided with hand-held scissors.  Clearly, the use of vascular stapler is technically easier, safer, less time consuming, and more reassuring when compared to the traditional suture ligation.  It has also been reported that the use of linear staplers decreases the incidence of postoperative bile leak after major liver resection.

Minimally invasive technology in the form of laparoscopic liver resection and robotic liver resection have also revolutionized how liver surgery is performed in 2020.  Image of the operative field produced by a high definition laparoscope and robotic system is magnified and it is actually better than what the surgeon’s naked eyes can see.  This is essentially doing liver surgery using a microscope.  A small capillary branches and bile duct branches can be easily seen and handled.  Bleeding can also be minimized as a result of more delicate tissue dissection.  Most recently, artificial intelligence is being developed within the robotic system to further help liver surgeons to identify the location of liver tumors.  The smart 3-D navigational system of the robotic technology can quantify the tumor volume, the remaining and resected liver volumes, and more importantly the distance of the tumor to major biliary and vascular structures.  This information is not available in open liver surgery.  It is clear that the advancement in technology makes the operation technically easier for the liver surgeon but also ultimately improves patient outcomes.  Missing a liver tumor should not be a problem in the future.  Incomplete tumor resection should also not be a problem in the future.  The intraoperative complications can be minimized/avoided by having a routine 3-D simulation/reconstruction of each liver tumor(s) prior to the resection.  The volumetric liver reconstruction software is useful to avoid postoperative liver insufficiency and liver failure.  In liver transplantation, similar software is key.  In Tampa liver surgery center, Dr. Iswanto Sucandy and his team are equipped with the latest version of liver surgery technology to achieve best outcomes.  Combining with extensive experience in handling open, laparoscopic, and robotic liver surgery, our liver surgery outcomes are far superior when compared to the National bench mark data, reported by the American College of Surgeon National Surgical Quality Improvement Program (ACS NSQIP).